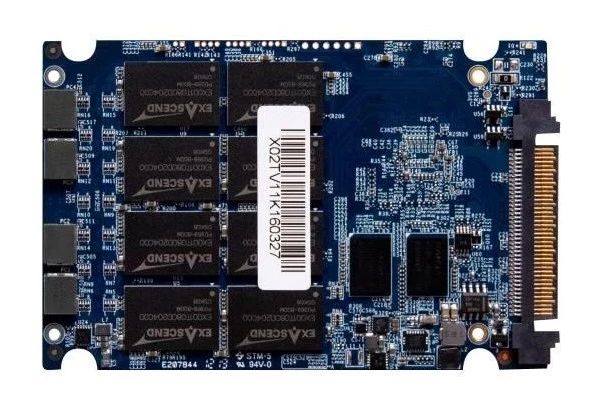 Exascend Co. Ltd. Completed US$15 million in Round B Financing

2019-09-17 18:25:46 来源: 互联网
点击
分享
Exascend, a leading SSD manufacture, known for its exclusive firmware design specialized for industrial and enterprise market segments; had announced the completion of its Series B financing in Q3, 2019. This round was led by Walden International, other major venture capitals including中经百川, and Round A major investor IPV Capital, round B scale exceeds 15M USD.

This round of financing is meant to deeply cultivating mainland China business and further establish global sales channels. With the new arising applications foreseen with 5G era, it’s critical to enhance on production scale, accelerate the expansion of the global sales team, and enrich on product matrix. Different applications shall have different needs and expectations for the storage devices, Exascend’s ultimate goal is to empower the end users and provide a better user experience, this is achievable with Exascend’s “constructible” firmware, Exascend believe that every and each application deserves a unique design that would maximize its role in a system.
"During effects of trade war in which increases the cost of doing business and creating risks in the markets, it isn’t easy to gain the next round of financing and especially from professional investment institutions in semiconductor high-tech fields such as Walden International. We are very honored and excited with the support. Recently, several high-ranking executives from listed companies in the international storage industry have also joined us, making Exascend to be more confident to become a leader in the high-performance, customized solid-state storage industry,” said CEO of Exascend Frank Chen, “our technology should set forth a new idea about storage devices, a new revolutionary which will redefine how people store and value the accessible data.

Wang Lin, an associate from Walden International also marked “Exascend is viewed as an innovative leader among the SSD manufactures, we’re seeing its potential in this fast-growing market. We also appreciate and agree to Round A’s led investors THC Ventures, 外滩, and IPV Capital’s support, strongly believe that Exascend’s management team will lead Exascend to its full success and thrive in the capital market.

According to Mordor Intelligence Research, solid state drive (SSD) market was valued at USD 30.33 billion in 2018, and it is expected to witness a CAGR of 14.94% during the forecast period (2019 - 2024), to reach USD 69.91 billion by 2024. The demand for solid-state storage has developed rapidly. Whether it is a data center, a server or a home computer, mechanical hard disks are gradually being replaced by solid-state disks. With the diversification of applications, the need for customization for market segments has also exploded. Exascend is in line with the global trend of the storage industry. With its own developed firmware and hardware, Exascend has been a very few companies in the world that can have 100% control of SSD’s core technology, this factor is the key of becoming the industry's leading, most respected and reliable storage solution provider.
About Exascend
Established in 2006 by a group of engineers with deep experience in solid state storage, recognizing the needs for “specialized SSD” in different market segments where standard SSD cannot fulfill the requirements, Exascend’s passion is to create value added, fully customizable, specialized SSDs aim to satisfied and optimize an application’s maximum potential and make “imagination” into reality. Since founding, Exascend have accumulated over 45 US and worldwide patents on SSD technology, firmly established as a global innovation leader in Flash storage solutions.
About Walden International
Walden International was established in the United States in 1987 and has become a world-renowned venture capital institution for more than 30 years. Walden International currently manages more than $2 billion in capital, including RMB funds. Its investors include the most influential investment institutions, foundations and individuals in the US and Asia. Walden International specializes in investing in outstanding professional teams and companies in the fields of electronics, new energy and environmental protection, health care, modern consumer and service, internet, and other high growth industries, financing them to achieve outstanding competitive advantages. Become a leader in their respective industries. Headquartered in San Francisco, USA, the company has offices in Silicon Valley and major cities around the world.
责任编辑：sophie